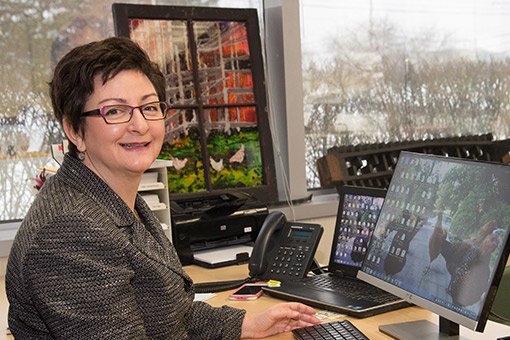 Why I practice immigration law.

I am a first generation immigrant to the United States. I have experienced firsthand what my clients are going though as new arrivals in the U.S. I was born in Beirut, Lebanon, to a Lebanese father and a British mother. My father was with the Lebanese Foreign Service and my family moved to a new country approximately every 3-4 years, so I grew up living in different countries.

When I was about two months old, we moved to Brazil where I spent the first two years of my life. In fact, until the age of 8, I spoke both English and Portuguese. When I was two years old, my family moved to Detroit where I lived until the age of 8. This is where I learned how to speak English with an American accent. At the age of 8, my family moved back to Lebanon for three years. I learned how to speak Arabic here as I didn’t speak any when I arrived. Unfortunately, I forgot my Portuguese in the process. At the age of 11, just as the civil war was getting underway in Lebanon, we moved to Sydney, Australia, and lived there for four years. For the first time in my life my birthday was in the summer, so I had four years of birthday parties at the beach.

After Australia, my father was assigned to Islamabad, Pakistan. At that time, 1979, Islamabad was a brand new city and still quite empty. There were three lane roads extending in all directions and sometimes only a donkey cart to be seen traveling down the road.  The entire city of Islamabad had only one movie theatre, which had two screens – one English and one Urdu.

During the four years that my family lived in Pakistan, I spent about two of those years back in Lebanon attending the same British school that I had as a child, finishing my last two years of high school. The Lebanese Civil War was in full swing at this time and I spent many nights in a bomb shelter until eventually our apartment received a direct hit and was destroyed. It was time to move again.

When I graduated from high school, I moved back home to Pakistan for six months and served as my father’s secretary at the Lebanese Embassy. While back in Pakistan, some friends and I took a trip to India, where we visited Amritsar, New Delhi and Agra.  I immediately fell in love with India.

At the age of 17, I returned to the United States for the first time since I’d left at age 8. I returned as an F-1 student and attended the University of Michigan in Ann Arbor. Eventually, I was sponsored for a green card and became a U.S. Permanent Resident and then a U.S. citizen.

Once I graduated from U of M, I sold all of my belongings and returned to India for six months.  At that time, my father was serving as the Lebanese Ambassador to India and so I had a “home base” in New Delhi and was able to spend some time with my family before setting off with my backpack to travel around India and Nepal. Approximately 90% of all of my clients are from India and I have actually been to the home towns of many of my clients.

Following my travels through India and Nepal, I returned to the U.S. and became a Technical Writer for about 10 years, but attended Wayne State University Law School at night for the last 4 years. At the time, there was only one 2-credit course on immigration law that was offered at WSU. I took that class and realized that I wanted to practice immigration law. Upon graduating from WSU Law School, I began working for a large law firm that specialized in immigration law. In fact, it was the firm where my Immigration Law Professor was employed and we worked together for several years.

In 2010, following about 12 years of employment at this firm, I left to open my own law office.  I have been practicing immigration law since January 1999.